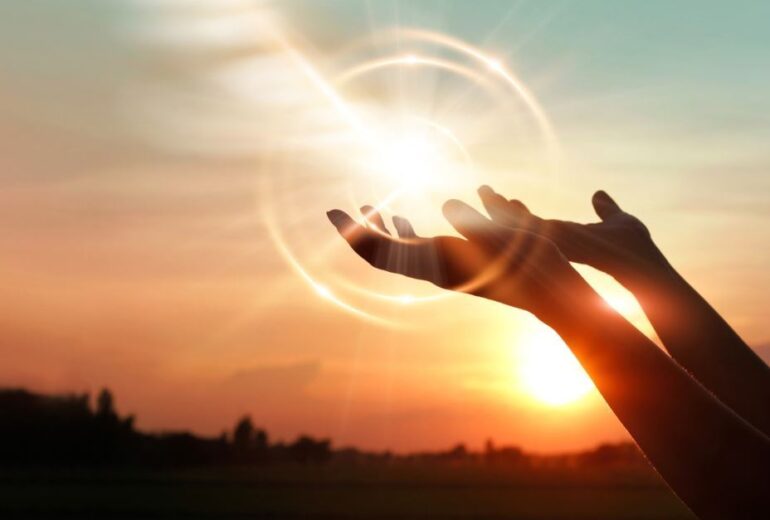 Become a Reiki healer. I offer Reiki training for levels I-IV. Use Reiki for self-healing & healing others. 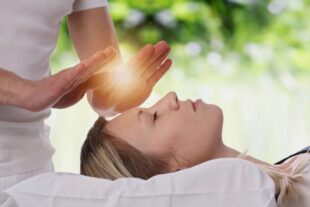 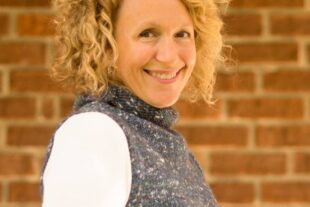 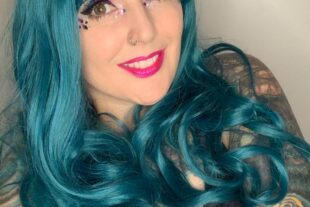 Hypnotherapy is an incredibly powerful way to heal unresolved trauma. It's a beautiful tool that helps us take our power back. It helps us connect with our inner-most essence. And it allows us to experience just how vast we truly are. ❤🙏 ... See MoreSee Less

Today, I facilitated a regression for a client who had been struggling with abandonment since childhood. Her healing today was beautiful and joyful. What an honor it was to be a part of her journey.

I just finished with past life regression client who had a beautiful experience. However, before she was shown a past life, she visited the, "Beyond". While in the Beyond, she reconnected with her husband who passed many years ago. After the emotional reunion, they revisited a few past lives that they had lived together. In one life, they were twin brothers. In other lives, they were married. All together, she learned that her late husband was her soulmate and flame. There were so many magical twists and turns in this regression. 🤩 ... See MoreSee Less

A few years ago, I listened to the lecture below and it changed my life. In a matter of moments, the whole way I looked at life, society, politics, religion and everything else transformed.

If you're finding yourself perplexed at the goings on in the world, Universe, and beyond... check this out.

INTERVALS BETWEEN WHAT HAPPENS

"Another way of talking about the web is that there are different levels of magnification. For example, supposing you take a piece of embroidery. And here it is, obviously, in front of you; an ordered and beautiful object. And then you take out a microscope, and you look at the individual threads. At a certain point, as you turn up the microscope, you'll get a hopeless tangle which doesn't make any sense at all. The wrapped fiber that constitutes the thread is a mess. Hasn't been organized, nobody did anything about it. But at the level of magnification at which you actually see it with the naked eye, it's all been organized.

Now, you see, order and randomness constitute—in other words—the warp and the woof. Where everything is—in order, everything's under control; in randomness, it's all over—it's a mess. But we wouldn't know what order was unless we had messes. It's the contrast of order and messes that order itself depends upon. And so in exactly the same way, it is the contrast of on and off, there and not there—in other words, life and death, being and non-being—that constitutes existence. Only we pretend that the random side of things, the disorderly side of things, could possibly win in the game of competition—or, I would rather call it collaboration—between the two.

When you lose sight of the fact that the order-principle and the random-principle go together, that's exactly the same predicament as losing sight of the fact that all individually delineated things and beings are connected underneath. You know, just like mountains stick out of the earth and there's a fundamental Earth underneath them. So all of us, as different things, we stick out of reality and there's a continuity underneath—but you ignore that, you see? That's the thing that's left out.

See? I'm just giving you many examples of the same principle. But really, deep down, we are—each one of us—everything that there is. Doing it this way, and then again that way, and then again another way, and that's what it keeps up doing for ever, and ever. Only, it has holidays which are called deaths. You know, in the story of the creation of the world, in the Bible, God works for seven days and rests the seventh. It's necessary to have a holiday. Holiday is holy day. And the Sabbath for the Jews is Saturday, for the Christians it's Sunday, because Saturday is the last day of the week, but Sunday is the first day of the week. And it's a slight difference of alteration between the Jewish temperament and a Christian temperament. Some people like to take the holiday and then do the work, other people like to do the work and then take the holiday. And since the Jews do the work first and then take the holiday, they're always a little up on the Christians in business!

But the point is that a holiday—this pause between something going on—is of the essence of the idea of a web. For example, there's a famous Irishman who is supposed to have described a net as a lot of holes tied together with string. So the holes are very, very important. And these are the holy days, you see? The holes. It all goes together.

So there must be that interval, and it exists on all kinds of levels. It isn't simply that there is—for example, a sound that is sounded is a vibration, and the sound goes on and off. Everything that we call sound is sound-silence. There is no such thing as pure sound; you couldn't hear it. What you hear is that tap-tap-tap-tap-tap-tap-tap-tap-tap-tap against the eardrum, But it happens very fast so that you get more of an impression of sound than you do of silence. But between every little undulation of sound there is also an interval. When you listen to music you hear a melody. But what you hear, actually, that makes the melody significant, are the steps between the tones; what we call the intervals. And a person who doesn't hear intervals is tone-deaf. He only hears noises, he doesn't hear the steps.

So that interval between whatever happens is as important as what happens. So we'll call these two things the sound and the silence, the life and the death, somewhat analogous in weaving to the warp and the woof. Now look at the marvelous way in which the warp and woof go together. A piece of cloth is an extraordinary thing when you consider it's made of a line of string. There's something that always struck me as a child; fabulous, that string—just thread—could turn into cloth. Why should it hang together? How improbable." ~ Alan Watts

Alan Watts Not Everyone Gets It, Its Ok no music

I'll be sharing about my personal journey, talking hypnotherapy and healing, as well as about my upcoming book, "Back to the Beyond - Exploring Near-Death Experiences Through Hypnosis". backtothebeyond.com. ... See MoreSee Less

Hypnotherapy is an incredibly powerful way to heal

I just finished with past life regression client w

It started as a hypothesis. It then turned into re

This my friends, is the journey of healing. #sel

A quick getaway this weekend to Lake Nebagamon and

In 2020, I find myself filled with more gratitude

15 years ago today, my dad's soul left his body. W

Getting ready to do a virtual regression for a cli

Reposted from @sacredstairways For those missing s

A few years ago, I wrote and recorded a number of